What Does Yoga & UFC have in common?

Yoga is martial arts.
Initially taught by men for men.

Yoga and Meditation is actually the mind of an athlete.

Have you heard of this man? 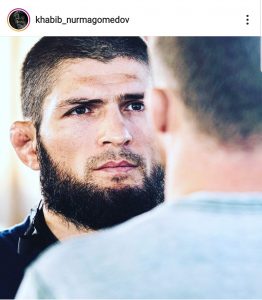 He fights with Mind, Heart, Faith ie his SOUL.
A rare fighter.

He has won his Title.🙌
When I look into his eyes I feel a GOOD GOOD MAN.

Fought with this Heart, Won, then burst into tears.

Martial arts includes compassion which shows in his charity work.

He fights for himself WITH his FAITH, then uses his own money to help others.

I have immense respect for this man.🙏🙏🙏

It takes dedication, commitment and Faith to step into the ring of 2 warriors and Win.

Mindset, skills and Faith is a formidable combination ❤

Super Proud of him.

No doubt EVERY Muslim man is proud of him today and so am I.

This career is short lived and takes EVERYTHING.
The most violent sport in the world.

Fight for yourself and when it’s done, it’s DONE.
He’s given his word and retired.

When a man like this gives his Word, it’s Done.

Word is Word. Honour is Honour.

Pound for Pound he IS the world’s number 1 Lightweight Fighter and won Every fight.

This man is Impressive and now he needs time to heal.