One of my great loves is architecture and construction.

I am mesmerized by the human capacity to build large symmetrical structures.

This is the old electricity building in Niagara Falls built in 1906, designed by the architect and Mason, EJ Lennox.

He was a very well read man, clearly with a passion for his profession and a spiritual man who believed not only in his profession but also something greater than himself.

He studied historical architecture and created new structures in line with his own times.

Delving into the past to inspire the future.

The belief of The Masons was originally “Making Good People Better”.

They believed in working together to improve humanity and make life better for people.

Well educated men (and women) who contributed to society in a beneficial way.

There is no separation between the two for me.
From that place from continual growth within myself, I teach others.

From a Buddhist perspective, construction and architecture is probably one of the best examples of non-attachment. 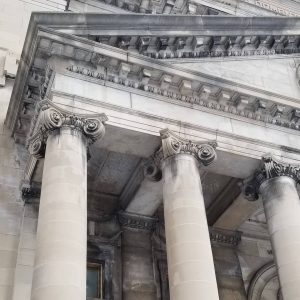 Investing a great deal of mental fortitude and physical effort into building something that people need, making people’s lives better, and then walking away with no emotional attachment.